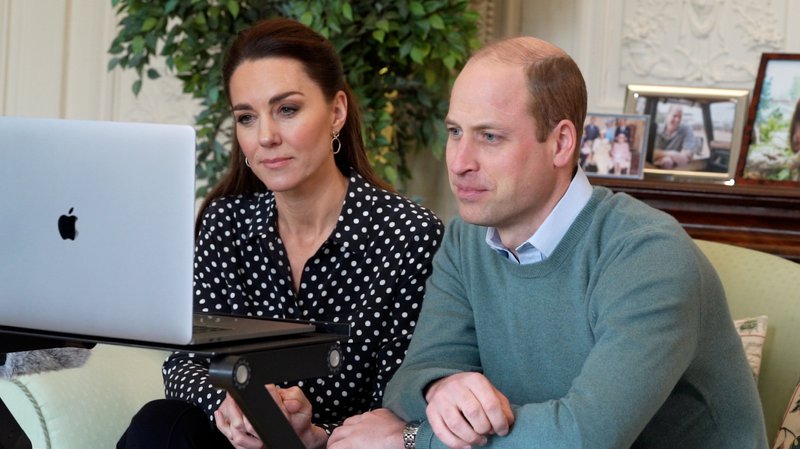 The Duke and Duchess of Cambridge on video call to a family whose son had been supported by Shout 85258.

Earlier this week, the Duke and Duchess of Cambridge spoke to a family whose lives were changed by a text message to the Shout 85258 mental health support service.

The text message was sent by Jack*, a 12 year old who had begun experiencing severe anxiety during the pandemic. Unbeknown to Jack’s loving and supportive parents, things had become so difficult for him that one evening he decided to end his life. It was while Jack was standing on a bridge that he sent Shout a text message that would help him to find the help he needed.

The volunteer who responded to Jack that night guided him to a calmer place, working with him to stop, take stock, and find the courage to phone the emergency services, who came and helped him.

Jack’s parents only knew how serious the situation was when the police contacted them to let them know that their son was safe.

During their private conversation, The Duke and Duchess talked to both Jack and his parents, who described how the experience had been for the family. They talked about the close and loving relationships they have with all of their children, their ability to talk and listen as a family about difficult things, and their busy and fun household. Yet despite this, they hadn’t realised the extent of the great distress their son Jack had found himself in during lockdown.

The Duke and Duchess heard how they had noticed that their once open, gregarious, fun loving and inquisitive son had become more introverted during the Covid-19 lockdown of spring and summer 2020. Jack spent increasing amounts of time on his own, no longer connecting with his friends online or on the phone, and struggling with online school. Jack became increasingly anxious about the future, and whether life would ever get back to some sort of normality. His father described how there was no trigger point for Jack’s anxiety which made it harder to understand how bad things had become.

The Duke and Duchess heard how, when Jack returned to school in Autumn 2020, his anxiety escalated. What Jack’s family didn’t know was that it had reached a dangerous level where the only solution he could see was to end his life. Jack’s parents explained how he had reached out to Shout in a pivotal moment, and, during a text conversation, a volunteer had been able to prevent Jack from ending his life.

Jack agreed with the Duke that having a conversation with Shout over text, rather than talking out loud, made it easier to be open about difficult emotions. He told The Duke and Duchess that more children and young people should learn about mental health, and learn how to talk to others about their feelings. The Duke and Duchess told Jack how incredibly brave he had been to share his story in order to raise awareness of mental health issues and the support that Shout 85258 provides.

Jack has been able to get the help and support he needed and he’s now back out playing with his friends and looking forward to going back to school as soon as he can. The whole family are feeling hopeful and positive about the future.

Jack’s story of hope is incredible, but sadly he is far from the only young person struggling to cope. Every week at Shout, our team of 2,400 volunteers and expert clinical supervisors across the UK and New Zealand are privileged and humbled to be able to make a positive difference to the lives of thousands of children and young people.

As digital natives, young people gravitate naturally to technology as a means of mental health support. Their phones are often close at hand and so they feel comfortable using text messaging as a way of reaching out and having a conversation about issues they might not feel so happy or be able to voice out loud, or face to face.

Watch the video below:

**Based on a post-conversation survey, completed by 20% of texters.