Every year on 10th October, we mark World Mental Health Day - a day dedicated to raising awareness about mental health and bringing together people, communities and organisations in their efforts to support those who are struggling to cope.

With this year’s focus on ‘mental health in an unequal world’, we took the opportunity to speak to Andy Nash, owner of TRIM-IT’s first mobile barber franchise, about the barriers men face when it comes to seeking support for their mental health.

Andy tells us about how the comfort he found when speaking to his local barber after his dad’s suicide inspired him to train as a barber himself and give more men a safe space to get a haircut and talk about their problems. Thanks to joint funder Harry’s, Andy undertook mental health training with Shout 85258 to better understand the challenges his customers might be experiencing.

Why is it important to you to provide men with a safe space to talk more openly about their mental health through your mobile barber business?

In 2005, when I was 18-years-old, my dad took his own life. This was a massive trauma in my life that I spent many years not facing. I used drugs and alcohol to block out the suffering. After a while, I realised I needed help to change this.

Doctors diagnosed me with severe anxiety and depression. Medication and Cognitive Behavioural Therapy weren’t very effective for me. Meditation helped but it took a while to get into. The one place that always made me feel better when I came out was my local barbers. 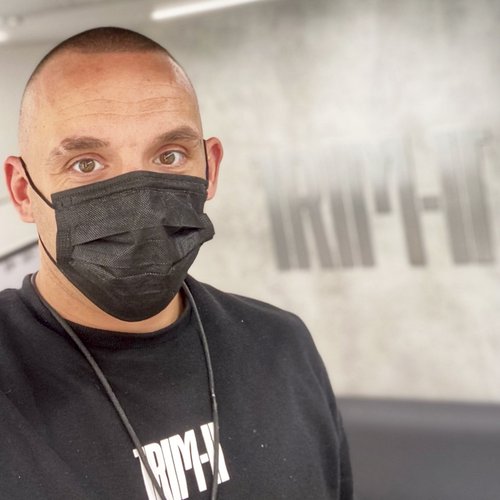 I wanted to be able to help other people who were suffering to feel that way as well, giving them a safe space where they don’t feel alone and end up thinking about taking their life, like my dad did. So while I was getting help and on my road to recovery, I took up barbering.

After my training, I set up my own mobile barber service, bringing my services to people wherever they needed it, particularly those who were unable to leave their house due to their own anxiety or disability. I wanted to turn my diagnosis into something positive, change people’s negative perceptions about mental illness and make them aware that, as a sufferer, you can still push yourself and do something that seems impossible.

For example, it should not be possible for someone who has major social anxiety to meet new people every day to cut their hair, right? Yet here I am, doing just that. It pushes me to show others it can be done, one step at a time.

How has your partnership with mobile barbershop business, TRIM-IT, and men’s grooming and shaving company, Harry’s, helped you reach more men?

When I was researching what I needed to set-up my mobile barbershop business, I came across TRIM-IT - the UK’s first app-powered mobile barbershop. They had a whole fleet of vans operating across London which showed me straight away that the idea I had actually worked and that was where I was meant to be. 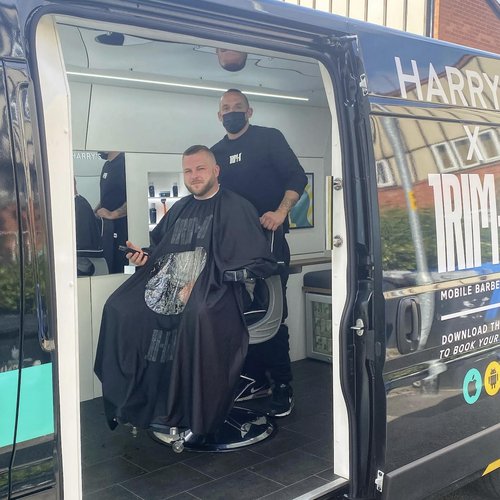 I messaged the CEO, Darren Tenkorang, to see if he would sell me a van to use in the North West. He replied to offer me a job in North West London, not realising I meant the North West of England! After we cleared up the confusion, I travelled to London to meet in-person and talk about our ideas. Our visions for customer service, experience and wellbeing were identical. There and then, he offered me TRIM-IT’s first ever franchise opportunity and on 12th April this year, we launched in Warrington.

TRIM-IT has also gained support from men's grooming and shaving brand Harry’s, as part of the brand’s global drive to improve men’s access to mental health. Through the partnership, they put me in touch with Shout 85258, whose mental health training helped me to get a better understanding of some of the issues my customers might be experiencing. This was further confirmation that I was doing the right thing - to use my life experience and knowledge to help other people.

What’s the most memorable conversation you’ve had with a customer about their mental health?

The most memorable conversation I’ve had wasn’t with a customer - it was actually with someone who messaged me online after reading about my business and the concept behind it in the local newspaper. He had a plan to take his own life but, on that day, he had picked up the newspaper, read the article and visited my website to read about the story behind my name.

After reading my story from the perspective of a child whose dad took their own life, he didn’t want his children to go through what I did and decided not to go through with his plan. Instead, he chose to get help. That was the day I realised I was doing the right thing and made it all worthwhile.

In the UK, men are far less likely than women to seek support for their mental health. In your experience, why do you think this might be?

In my opinion, men can find it hard to open up about their troubles for a number of reasons:

However, in the barber chair, people tend to drop their guard and find it a little easier to be more open with me as I’m someone who has been through my own mental health battles and I can relate with them on a level. We can start to build a relationship and trust each other with what we’re going through. 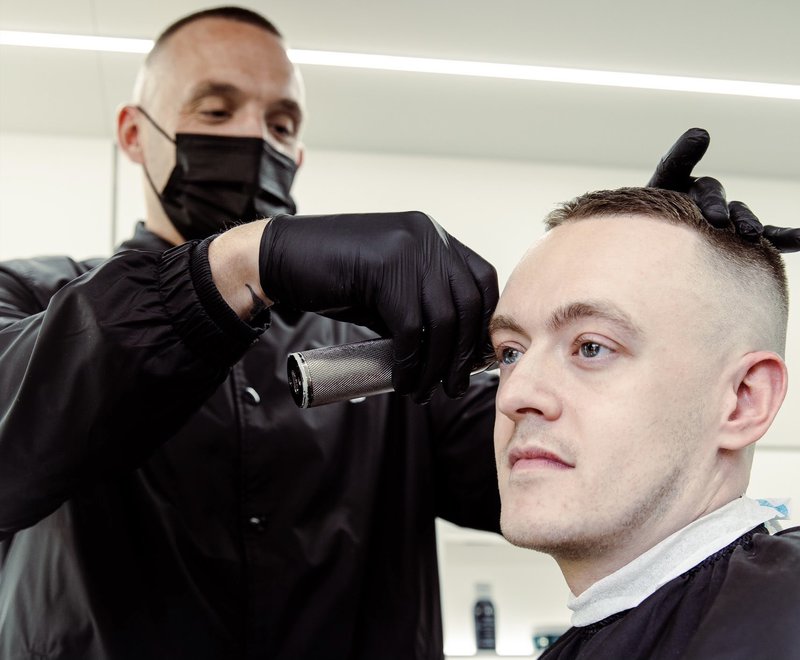 How are services like Shout 85258 important for men, particularly for men from communities disproportionately affected by mental ill health and who are more reluctant to open up?

Shout is so important because, when people are in the darkest of places, it isn’t always easy to talk to someone, or find someone to talk to. Having access to help in the palm of your hand through a free text messaging service is such an amazing option for those who want to get help but at the same time want to do it anonymously, privately and confidentially.

What words of advice would you give men who are struggling with their mental health and wellbeing?

I’m aware not all of this will suit everyone, as everyone is different, but here are some things that work for me:

Shout and Harry’s want men to know that whatever's going on, letting it out can help. Text ‘MATE’ to 85258 to start a conversation, for free, with a trained volunteer at any time of day or night.