In her blog for Loneliness Awareness Week, Emily shares how her personal experiences of loneliness have helped her to empathise with, relate to and better support texters in her role as a Shout Volunteer. 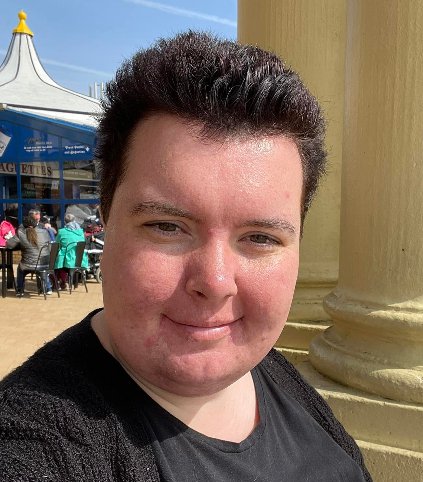 According to the Red Cross, more than 9 million people in the UK say they often, or always, feel lonely at some point in their life, and since the start of the Covid-19 pandemic, feelings of loneliness have only gotten worse. Furthermore, research shows that young adults (aged 18-30), people with low household income and those living alone were at heightened risk of loneliness during the pandemic.

Loneliness can feel like an isolating and never-ending experience.

In the film ‘A Simple Favor’, there’s a line that strikes me: “I think loneliness probably kills more people than cancer.” Loneliness and suicide are both very complex: not every person feeling lonely will be suicidal, and loneliness won’t always play a role in someone’s decision to take their own life. But on a population level, there is as an association between suicide and loneliness. There is rarely one reason for a person to feel lonely, likewise, there is rarely a single reason for a person to take their own life.

“Loneliness is not a new phenomenon, however, our understanding is cultural, it has changed throughout history and is dependent on the societies in which we grow up.”

My story is that, at the start of the pandemic, I was 25, unemployed and lived with my mum and step-father. I had also just had a life-changing operation in hospital which left me infertile. This was an incredibly isolating experience and I felt like I had no one to turn to who would understand.

In one of my lowest moments, I found the courage to reach out to Shout by texting 85258. I had no idea what to expect from that conversation. But, it was a positive turning point for me.

“The knowledge that it was a real human on the other end of the text messages, allowing me a safe space to text about how I was feeling, was an indescribably empowering feeling.”

From the end of that conversation, not only did I know that I was not alone, I also knew that I wanted to be on the other side. I wanted to make that difference to someone else who felt lonely and isolated. Although it wasn’t until over a year later that I finally took the plunge and applied to volunteer for Shout, it was certainly the best decision I made. I have been a Shout Volunteer since August 2021.

“My own, personal experiences of loneliness and mental health mean that I can really try to empathise with those who I am talking to.”

Sometimes, I know that all those who text Shout need and want is a safe space to chat about how they are feeling. I feel like if I can provide that to even just one person, then it’s one person feeling less isolated.

Through volunteering for Shout, I have also been able to virtually meet other people who give their time to support texters. Online volunteering can sometimes feel a little isolating, but on the platform during a shift, I always enjoy chatting with the other volunteers online at the time as we all support each other, which is lovely. Additionally, there are reflective and social sessions online which are chances to communicate with other volunteers and our Coaches who are there to support us.

“It really is an all-round rewarding experience.”

Furthermore, my own, personal experiences of loneliness have driven my desire to support others experiencing loneliness and isolation and I think volunteering with Shout helps me to make a small difference to those who I respond to.

It can be easy to underestimate just how much of an impact loneliness can have on our mental health and wellbeing. There are physical and non-physical symptoms of loneliness, which include a loss of confidence, an increase in tiredness and frustration, as well as, in the most extreme cases, thoughts of suicide and self-harm.

It can be difficult to appreciate the impact loneliness can have unless you’ve experienced it, but empathy can make all the difference in the world to someone feeling low, desperate and isolated. Sometimes, being reassured that you’re not alone and someone cares can be all it takes to start turning it around.

There’s a quote from a young adult book series called ‘Shatter Me’ by Tahereh Mafi which resonates with me:

“All I ever wanted was to reach out and touch another human being not just with my hands but with my heart.”

It speaks to me because, as a Shout Volunteer, even though I can’t see the person I am supporting, I am giving them my time as well as my empathy.

Inspired by Emily’s story? Find out more about becoming a Shout Volunteer.

If you're feeling lonely, you are not alone. We have information, advice and resources to support you.